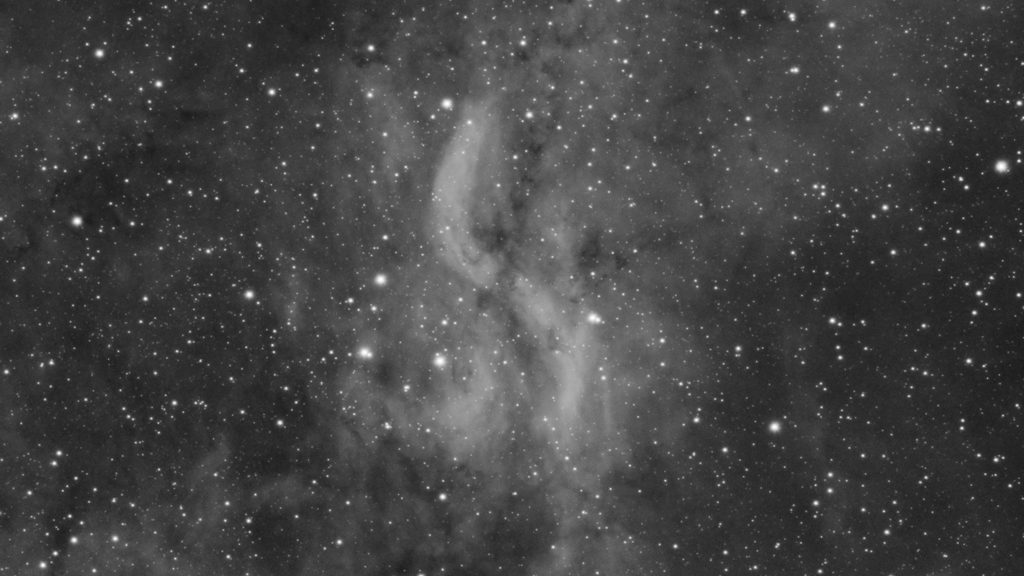 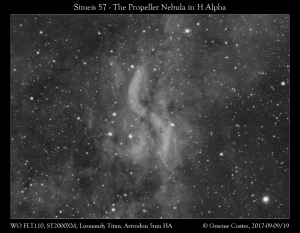 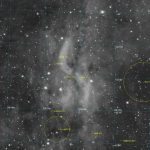 The extra time on this subject has brought out some of the fainter background nebulosity and enhanced dark nebulae in the field. The image at left is an annotated image (using the Image Solver and Annotate Image scripts in Pixinsight). As shown, the Propeller itself is catalogued as DWB111 (south) and DWB 119 (north), with DWB118 representing the surrounding nebulosity, with DWB 108 further to the south below the southern “prop”. There are a few catalogued dark nebulae in the field – Dobashi 2501; Dobashi 2511/TGU H469 P16 which sits between DWB118 and DWB 107 (off field to lower left); and TGU H469 P18 to the west of the main nebula.

All data was taken from West Oxfordshire on 9th/10th and 19th/20th September. William Optics FLT110 @f5.6 on a Losmandy Titan, SBIG ST2000XM CCD and an Astrodon 5nm HA filter.