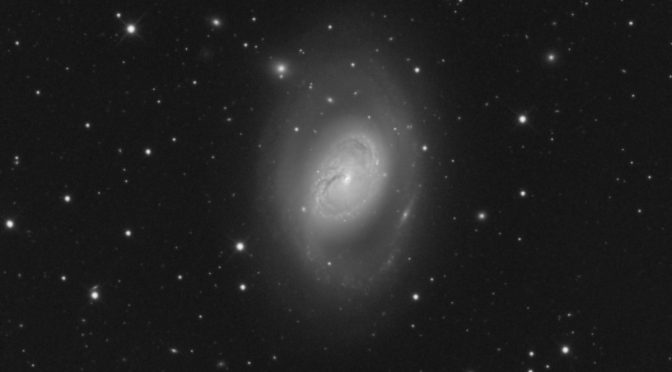 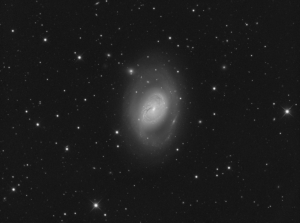 Messier 96 is an imperfect, intermediate spiral galaxy in the constellation of Leo, at a distance of approximately 30 million light years. It is a highly asymmetric galaxy – the gas and dust is not evenly spread through its spiral arms, and the core doesn’t appear to be exactly at the galaxy’s centre. This is thought to have arisen due to interactions with other nearby galaxies (eg M95 which is about 40′ to the west of M96 from our viewpoint).

The spiral arms show bright knots of young hot stars (more easily visible in colour images) indicating recent starbirth, and visible through the outer dusty reaches are many background galaxies including the edge on galaxy 2MFGC 8391 shown here to the lower right (north-east) of the centre of M96. 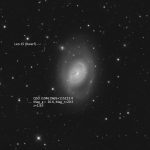 Also in this image is my current distance record (though not something I’ve tried to push!) – QSO J104619.26+115223.4 is present (and annotated in the image shown) – this quasar has a measured redshift of z=2.83, placing it at a distance of of 11.4 billion light years (light travel time) in our current best estimates of the universe’s parameters. This quasar shines dimly at a magnitude of 20.5 in the R band. Somewhat closer to home, but equally faint, is the dwarf galaxy Leo 15 (also annotated). 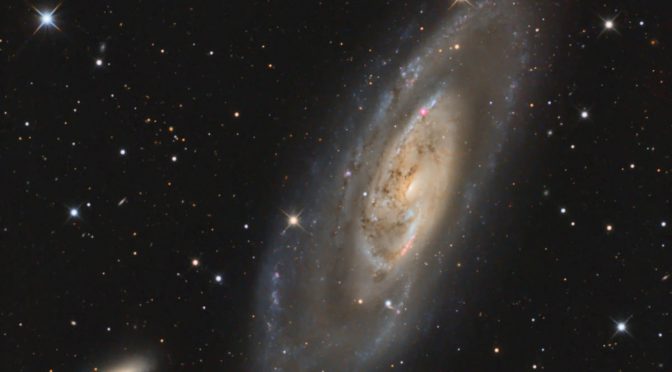 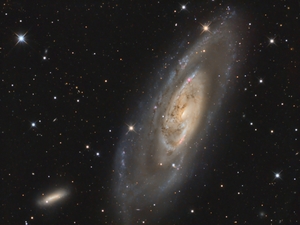 M106 (NGC 4258) is an intermediate type spiral galaxy located at a distance of 23.7 (± 1.5) million light years in the constellation of Canes Venatici. Also shown in this frame is the small spiral galaxy NGC 4248 (lower left of frame).

M106 was discovered by Pierre Méchain in 1781 and has an active nucleus and is one of the best known Type 2 Seyfert galaxies. It also is host to a water vapour megamaser that is visible in the 22GHz frequency of ortho-H20 (water molecules where the spins of the two hydrogen atoms are aligned). 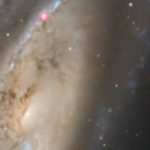 M106 also has significant hydrogen emission around the core – one of the brighter “jets” is just visible in the close up (at 150%)  – taking hydrogen alpha data would show this up to a much greater extent, but this is something that will have to follow later when skies are clear!

Burbidge found that these objects were in fact quasars, with redshifts of 0.39 (J1218+472) and 0.65 (J1219+473). Burbidge, who worked closely with Fred Hoyle, argues (as does Halton Arp in a later paper), that the association of these QSOs with M106 is not accidental, and that the redshifts arise from the ejection velocities of the objects from the host (pretty quick!).

All three scientists were strong proponents of non-Big Bang cosmologies though, so you may detect a slight bias here: later work (eg , http://iopscience.iop.org/article/10.1086/309327/pdf) appears to suggest one of these (J1281+472) is associated with a cluster at redshift z~0.3, and that X-Ray luminosity and cluster temperatures are entirely consistent. So, this may well be a case of line of sight. 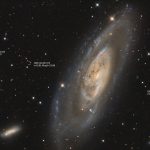 In the field as well (see the image, left), is a further QSO with redshift ~1.04 – theory places this at around 8Gly in a flat cosmology.

The luminance data on its own is shown below. 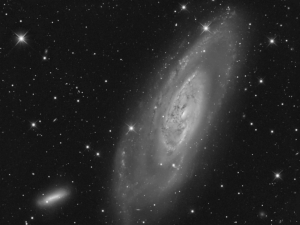 EDIT: This image was selected in 2nd place for the “A Galaxy, Far, Far Away” challenge on Stargazers Lounge – see: https://stargazerslounge.com/topic/314249-imaging-challenge-11-galaxies-winners/ 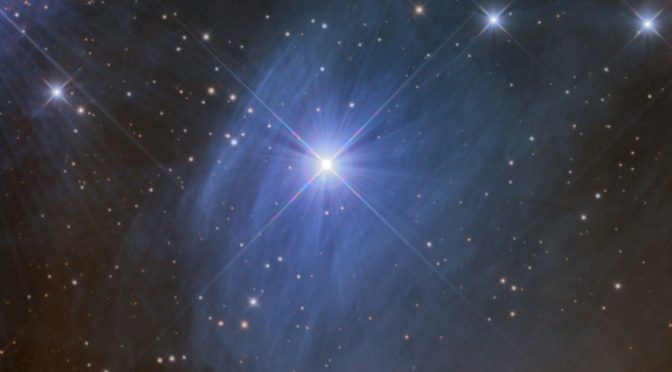 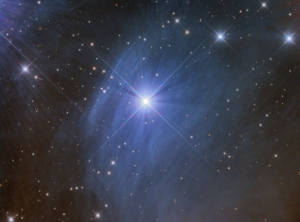 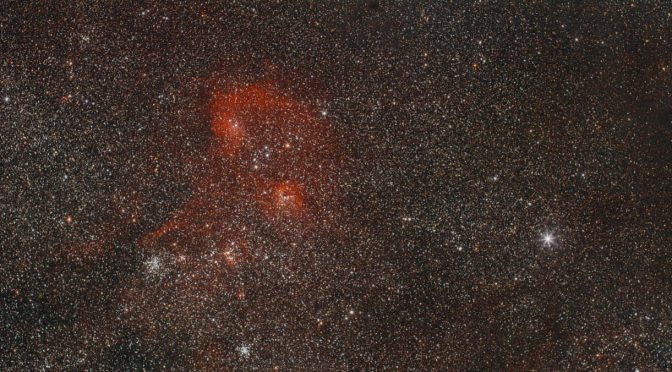 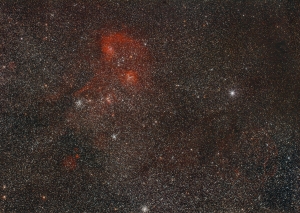 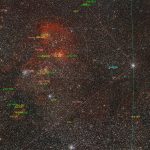 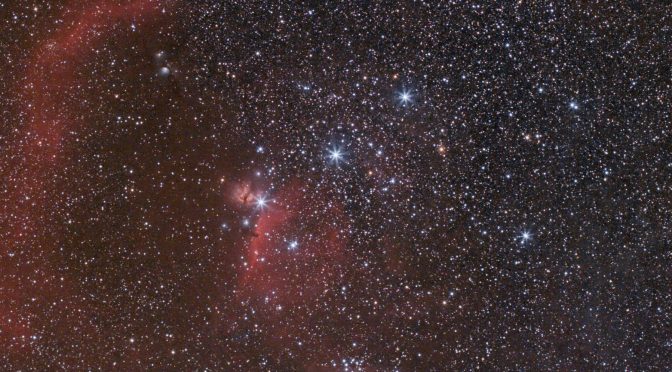 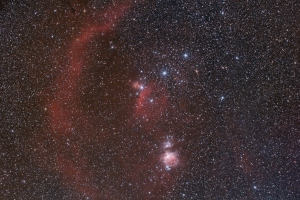 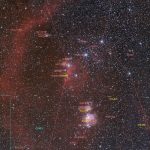